The most prolific 12 months for worldwide deal making in history, 2015 will be remembered by record levels of M&A activity in the United States and Asia Pacific and rapidly consolidating industries ranging from Healthcare and Energy & Power to Technology and Industrials.

“Companies are looking for revenue growth, they're also looking to streamline and get rid of businesses that are non-core. And while valuations are higher than they've been compared to previous years, some argue that because there is so much strategic M&A going on right now, the valuations are justified, ” according to Matthew Toole, director, Deals Intelligence, Thomson Reuters.

Proliferation of the “mega deal”

One hundred and forty one deals over $5 billion accounted for 51 percent of overall M&A value, the highest percentage and number of mega deals on record. Royal Dutch Shell’s $81 billion bid for the United Kingdom’s BG Group in April kicked off the string of transformative consolidations across multiple sectors.

In fact, four deals announced in 2015 have earned a spot on the all-time top 20 list, with Charter Communications making a second attempt to purchase Time Warner Cable for $78.4 billion in March, Anheuser-Busch InBev’s bid for SABMiller for $120.8 billion in October and Pfizer’s $191.6 billion offer for Allergan PLC, which ranks as the second largest announced deal over the past 30 years.

M&A growth across all regions

Every major region saw year-over-year M&A growth during 2015, with the United States and Asia Pacific accounting for a combined 74 percent total deal-making activity and surpassing all full-year records for M&A activity in the regions. European M&A totaled $907.5 billion, an 8 percent increase compared to a year ago and the strongest period for M&A in Europe since 2008. Japan and Africa/Middle East accounted for nearly 4 percent of worldwide deals in 2015, on par with a year ago. 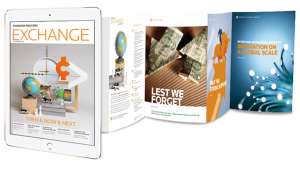