One-quarter of corporate tax and transfer pricing directors who participated in our 2015 Global BEPS Readiness Survey say their companies will fail to meet the first deadline proposed by the Organisation for Economic Co-operation and Development (OECD) in its Base Erosion and Profit Shifting (BEPS) Action Plan. It will require companies to report their business activities on a country-by-country basis (including revenue, profits, taxes paid, employment, capital, tangible assets and more).

How companies are preparing for BEPS

Over the next several months, to which BEPS actions do you expect you or your staff to devote their time?
(respondents were able to make multiple selections) 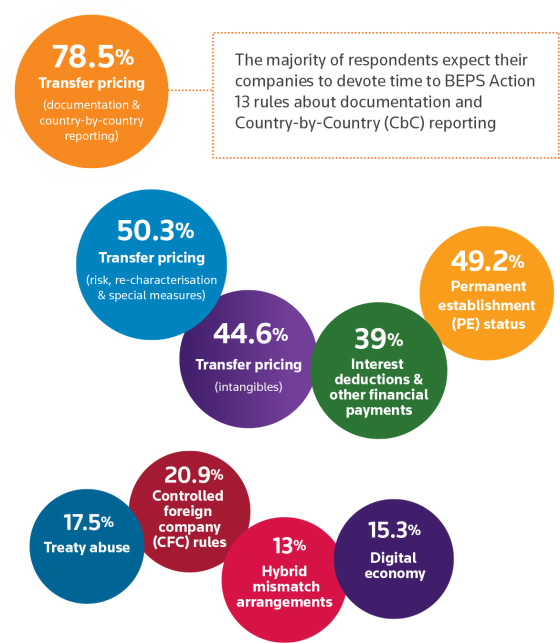 In response to the OECD BEPS project, many countries are already moving to enact domestic tax legislation and are expected to sign on to multinational agreements to standardize documentation and ensure transparency across tax jurisdictions. Because it relies on individual countries to drive implementation through supporting legislation, BEPS is projected to add significant complexity and uncertainty to the tax planning and compliance activities of multinational corporations.

Our survey found that European companies are more intensely focused on BEPS planning than their peers around the world. The majority of respondents (59%) from European-based companies said they are proactively preparing for BEPS, compared with 48% of companies in the Americas and Asia Pacific.

While many multinational corporations are diligently preparing for BEPS, some are constrained by limited resources, and others are adopting a potentially dangerous wait-and-see approach. MNCs need to be resolute in their strategy if they are going to be fully compliant by 2017. 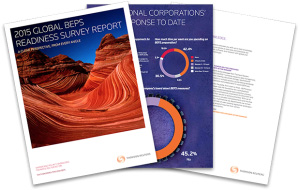 How to manage global tax compliance with innovative, expert-backed solutions. (2:13)