Have you heard of Opdivo, Praluent or LCZ696? Compared with 2014, there are more big drug introductions expected in the market during 2015. The majority of them are forecast to have 2019 sales between $1 billion and $3 billion, although these three drugs are set to exceed even this bar.

For the last several years, Cortellis™ Competitive Intelligence has performed in-depth research on the biggest and most significant drugs entering the market each year – the so-called “blockbusters.” To achieve blockbuster status, a drug must be likely to hit $1 billion in sales within its first five years.

Probability of success to market for active substance 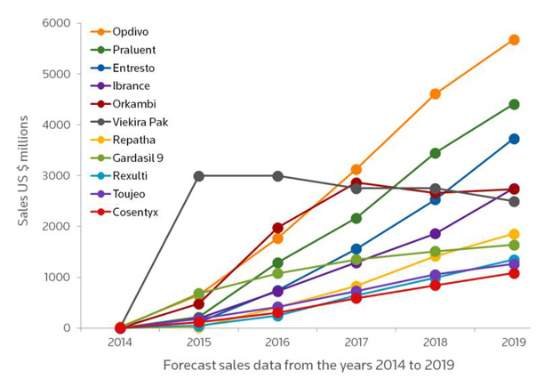 This year’s other predicted blockbuster entrants (and their 2019 sales forecasts) are:

As the pharmaceutical industry navigates constantly evolving revenue streams, this report serves as a valuable resource for identifying the therapies with the strongest sales potential.

Read more about the 2015 Drugs to Watch 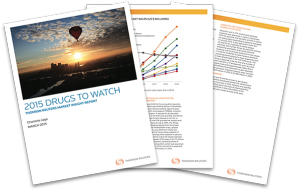 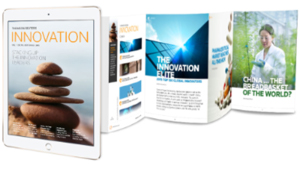